This event was memorable for me as more Aurovilians attended the workshop compared to guests. It is a privilege for me to share pranayama and contribute in their well being.
One of the participants, Jyothi Chlarles shared his experience on the Intranet. I am requesting him for permission to copy and paste it in my blog as I felt very encouraged and enthused when I read it.

Thanks to Jothi Charles, here is the article reproduced from http://www.auroville.org.in/article/34064 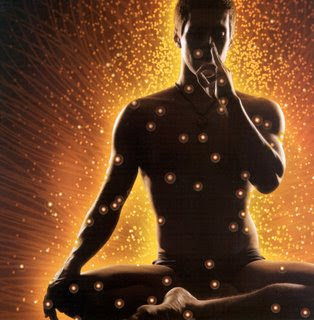 It makes sense. Nature that could create the human body with the ability to perform multifarious and complex feats in the physical domain that no other species can do would not have failed to equip that with inherent means of renewal and self healing that other species are equipped with. It could not be a part of the design of nature that human body starts declining before the age of 30 when, according to scientific discovery of the modern times, the growth of  body peaks and “then begin a gradual but continuous decline”.*
The decline of health and onset of diseases which are attributed to stressful life, improper food intake and ineffective habits of rest may have accelerated in the modern times.  About 30% of the population in the developed countries is reportedly obese and the figure is said to be rising in India. Nations and individuals are forced to spend more time, energy and money for regaining their health being lost faster than ever before in the history of human race. Some people subject themselves to self tortuous exercises and others resort to time consuming and expensive medicinal remedies. They gulp capsules to cure themselves ignorant of the ability of the body to cure itself without the necessity of the scientific drama of diagnosis and cure while the secret of health and longevity lay in in conscious use of the vital things that sustain the body – breath, food and rest.

There is a system of breathing exercises known to reverse aging and cure diseases that was developed thousands of years ago in India.  Known as Pranayama - prana (life-force) and ayama (mastery by control) meaning “mastery of life-force by breath control” - it now has practitioners all over the world. Pranayama was mentioned in Bhagavad Gita, a spiritual discourse of five thousand years antiquity, and subsequently in Upanishads and Puranas. It was prescribed as one of the eight stages to attain union with the divine consciousness (moksha) in the Patanjali Yoga, a treatise written in 2nd century BC.
I felt a religious aura about it that turned me off but my reservation began to change - like it did with asana and dhyana - on reading reports of positive and beneficial effect from its practice.  Sri Aurobindo had practised Pranayama early in his sadhana,  a century ago, and observed that his literary output developed and increased manifold.** Finally, after attending a five day Pranayama course by Shri. JV Avadhanulu at Savitri Bhavan last week what potential spending of 4% of the time in a day doing pranayama has to improve wellness of being was crystal clear.  At the end of  each Pranayama session one could feel the body getting into a better state of well being. The exercises invigorate the circulatory, digestive and urinary systems. They calm the mental and vital sheaths notably and bring down a solid peace into the physical. Bramari for example, the exercise of breathing out with humming bee sound, quietens the vital mind swiftly and heightens the hearing sense.  Another one, Kapalabhati, helps to learn rhythmic pulling down of the universal vital energy.
It is difficult to believe that JV the facilitator of the course is 66 years old from his appearance or movements. He walks with a spring in his steps like a 22 year old and doesn’t use spectacles. Doctors gave him just 7 more years of life when he had a heart attack at 41 (I was the centre of the universe, says he smilingly). Not a man to be defeated, he changed his life style and took to Pranayama and natural healing. He went on to become a living proof of what Pranayama can achieve. Perhaps the destiny too had other plans for him: he should defy death and live as an inspiring example in auroville the “place of youth that never ages.”  He was a decorated officer of the Indian Navy  and, post retirement, worked as one of the top officials of prominent business firms for twenty years. Since joining auroville in 2007, as many know already, he has been a facilitator for personality development courses including Pranayama. As a result of the service offering from Savitri bhavan and JV, people living in and visiting auroville have the privelege of undergoing one of the best possible Pranayama course in terms of quality of instruction, serenity of location, non religious approach and presence of successful practitioner of Pranayama as teacher.

--------------------------------------------------------------------------------------------------
* http://www.merckmanuals.com/home/older_peoples_health_issues/the_aging_body/changes_in_the_body_with_aging.html
** “How is it that at a time when I felt it difficult to produce more than a paragraph of prose from time to time and more than a rare poem, short and laboured, perhaps one in two months, suddenly after concentrating and practising Pranayama daily began to write pages and pages in a single day and kept sufficient faculty to edit a big daily paper and afterwards to write 60 pages of philosophy every month? Kindly reflect a little and don’t talk facile nonsense. Even if a thing can be done in a moment or a few days by Yoga which would ordinarily take a long, “assiduous, sincere and earnest” cultivation, that would of itself show the power of the Yoga force. But here a faculty that did not exist appears quickly and spontaneously or impotence changes into highest potency or an obstructed talent changes with equal rapidity into fluent and facile sovereignty. If you deny that evidence, no evidence will convince you, because you are determined to think otherwise.”
- Sri Aurobindo